Why Airtasker sucks for businesses

Airtasker and many similar task and gig related websites such as Fiverr, Upwork etc are designed to create an environment where freelancers and businesses can find clients faster and to give potential clients a peace of mind that their money is in safe hands if any problems occur. However, this is where all the good things end before they event start. This review is not based on biased point of view or a hate letter but simply my concerns over how platforms such as these create more problems long term that they solve. There is indeed a place for them but it subjectively going to a more darker path. Regardless of wether I say I’m subjective and unbiased, I merely present the facts, but it’s up to you to agree or disagree. I would highly appreciate it if you could join the conversation by letting me know what you think of them.

The need for hiring talent for a task/gig

People have ideas, todos, and whatever else you can think of. They either don’t have the time or lack the skills. Other people with skills are looking for platforms and avenues to find clients to fill the need and provided their services. This is a no brainer, so other businesses such as Upwork, Airtasker, Fiverr, etc, create platforms to connect people with people. It’s just like Uber where it connects people with other people to provide a specific service. Ultimately that’s where all the money is. Connecting humans with other humans and providing support. To be the body of the infrastructure and provide peace of mind. And that peace of mind is what makes these platforms so successful.

Why would freelancers / businesses use it ?

Freelancers and small businesses use Airtasker and platforms like it to find clients. Each having their own policies to protect themselves. I will be only covering Airtasker and their policies from now on though. A freelancer or business usually if they are serious, builds a website with their portfolio of work, etc, and then end up hustling and networking to find clients/ customers. Unfortunately, people don’t just visit your website and ask you to do something for them. it’s a lot more complicated sometimes, you have to go to the client. So a website like Airtasker whose whole purpose is to attract people with a need to get their job done would be a great place to start for a small business and freelancers. ( a person can be business too ). Airtasker has already done the hard work of bringing people attracted to it, so now it’s time for service providers to get in there and find the customers. and for this benefit alone, Airtasker takes a fee from both parties.

So far so good really, but the issue becomes clear when you start to use Airtasker. Let’s break it into the Poster and the Tasker. The poster is the person who needs something done, so they get on Airtasker to post a job. Tasker is the person who is assigned the task and needs to get to work and get the task done.

Airtasker markets itself as a marketplace, where it helps to connect people to each other and doesn’t care about the exchange of personal details once they are assigned to a task, unlike some other platforms.

The true issues lie with the rules and “guidelines”. Airtasker labels them as Community Guidelines. Which in fact, are not really guidelines but are hard rules where they will moderate and ban you if you stray. I’m a big believer of rules and I’m against total anarchy in both the physical and the digital world. However, certain rules and how they are moderated create problems for both the taskers and the posters.

The most important problem with Airtasker is their limitation on communicating the wants and needs of a customer and the limit on what the tasker can do to convince a customer that they are the right person to do the job.

I believe the way to illustrate this is via an example.

The poster wants an animation done and it’s reasonable for them to be able to see some samples of the work so they know if they like the art styles of them or to see if the motion artist is able to create the style they are after. They publish the post and Airtasker takes some percentage off of the Poster once a tasker is assigned and money is deducted and held with Airtasker.

A Tasker with either 0 or 500 reviews makes an offer which Airtasker takes %20 off of the earned money before handing it to the tasker upon delivery. Each tasker has the ability to post IMAGES of their work on the portfolio section of their profile page and well that it pretty much…

How is anyone supposes to see an animation sample? sample video? links to videos on youtube or their tasker’s website? nope, nope and nope. None of that will follow their community guidelines…

People want to see the videos, see the subtle awesomeness of the animations and know that this person is worth the $500 they are paying…

Same example and scenario are true for a website designer. Website designers could include images of websites but posters want to know that they are real websites. In fact, they would like to browse the website, see how it looks and feels, are there parallax animations? are there videos? all of that is restricted on Airtasker.

Airtasker is simply afraid that posters and taskers might find a way to communicate outside of their platform.

This means any links, business names etc are also prohibited. Thus, this issue creates problems where people can’t really and truly convince someone of their work and skills whilst Airtasker takes a tremendous amount of fees from both parties.

The true solution always lies with the competitors.

I believe Upwork has done a better job. They allow taskers to show their business names. include links. They also allow taskers to create different profiles and include images, descriptions and videos of their work… Upwork creates an environment to connect people and also encourages people to even if they find work outside of Upwork, come back to Upwork and use their contract tools so parties feel protected that in case of drama. a verified third party could amend issues and compensate both parties.

There is, however, the nasty fees all these platforms collect which is obviously reasonable to keep up the servers and pay their employees. However, they go above and beyond to make heaps of profits from them and yet punish the same people who are making them money for simply wanting to still use Airtasker but just need their client to see the interactive website and not a static page…

I believe the real solution lies with small businesses to move away from these platforms even if they are a company of one and a freelancer. I do understand that a freelancer who is just starting out might want to get in there even though it’s actually harder for new members to get jobs when there are people with a lot of reviews on their profiles. The true solution to the bigger problem is to not encourage undervaluing people’s work.

I have seen people on Airtasker wanting the best website from an experienced designer with only a $200 budget… and they think that their time is worth only the $200. I can’t blame some of the of them though. Because for as long as there are freelancers and businesses willing to do real professional work for cheaper especially if they are from countries where the dollar has a higher value, then they end up undercutting the rest. and clients with not much experience and education might think cheaper is better…

I would love to see a world where every person has their own website and a directory where their services are offered there and the clients can browse them and just connect with that client. They can then either use their own contracts upheld within their countries jurisdiction which is pretty normal if the client is domestic and or use services like Upwork’s contract system where they can handle the money for you but you still deal outside of Upwork.

What do you think about this opinion? 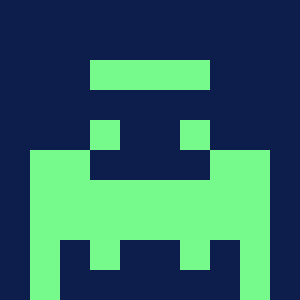 I love both the technical and the multimedia side of things. I have and always do study information technology and digital media design. My passion revolves around understanding how to design a functioning product and service that looks and feels good and to bridge the gap between the two worlds. This has enabled me to see the world in my own unique periscope. So stay awhile and listen. 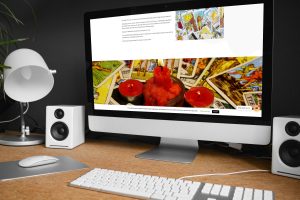 5 Techniques to Boost Sales for Products 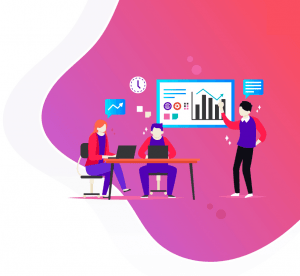 Top 3 ways to Land More Leads for Your Services

When there is love, there is always time and nothing is too much trouble.

Subscribe to my mailing list for latest news, blog posts and latest techs developed in house by us. No spams. We are awesome and want to keep you around <3